In the framework of the SI project “New Horizons of Internationalization” a group from Malmö University visited Yerevan State University, together with partners from the universities from Batumi, Odessa and Balti – summing up the year’s work on how to strengthen and find new approaches to internationalization in education and research. Project leader Dr. Tom Nilsson, Dept. of GPS.

Prof. Karina Vamling, Malmö University, had meetings with Rector of KBSU, Professor Yuri K. Altudov and colleagues at the Department of Kabardian language and literature. She visited the sections for language and culture of the three main ethnic groups of the Republic – the Kabardians, Balkars and Russians. At the Kabardian section Prof. Madina Ezaova showed a Kabardian ethnographic exhibition prepared by the students. The final meeting during the visit to KBSU was with students of Kabardian Philology, including a musical performance of Kabardian songs and a declamation in Kabardian.

Take a virtual tour of the https://eng.kbsu.ru/3d-tour-virtual-tour/ Meeting at the University of Kabardino-Balkaria At the Department of Kabardian language and literature Prof. Madina Ezaova at the Section of Kabardian culture Together with students of Kabardian Philology 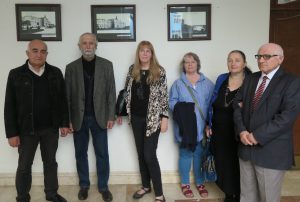 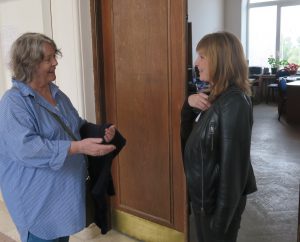 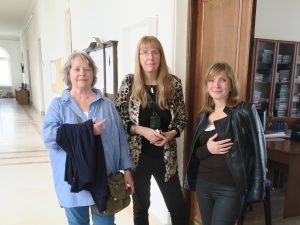 Meeting at the Department of European Studies 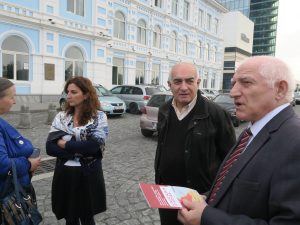 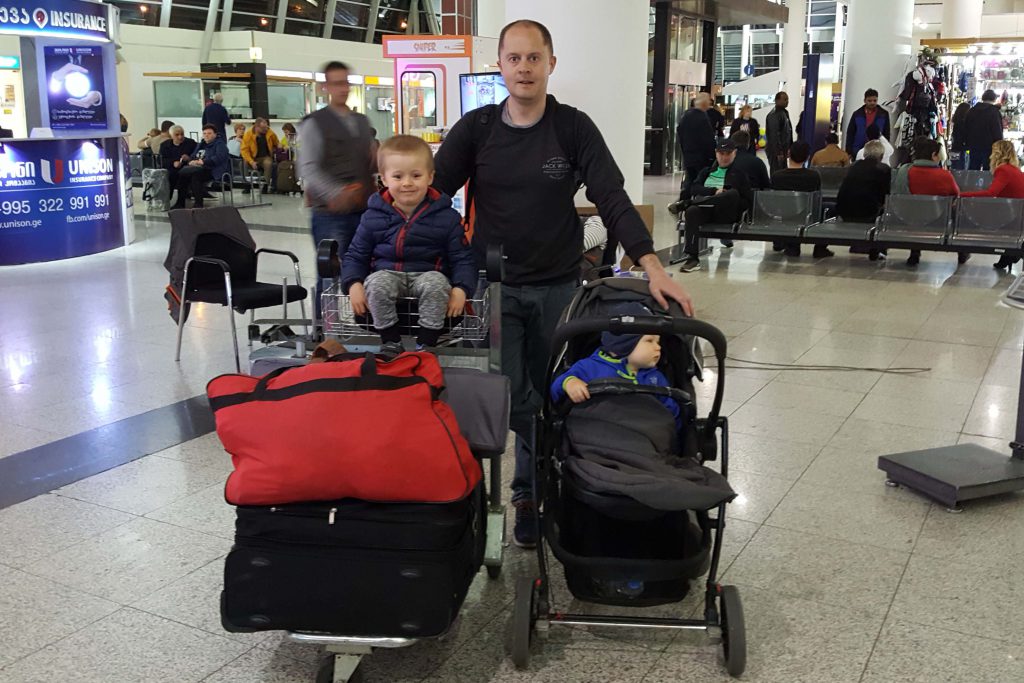 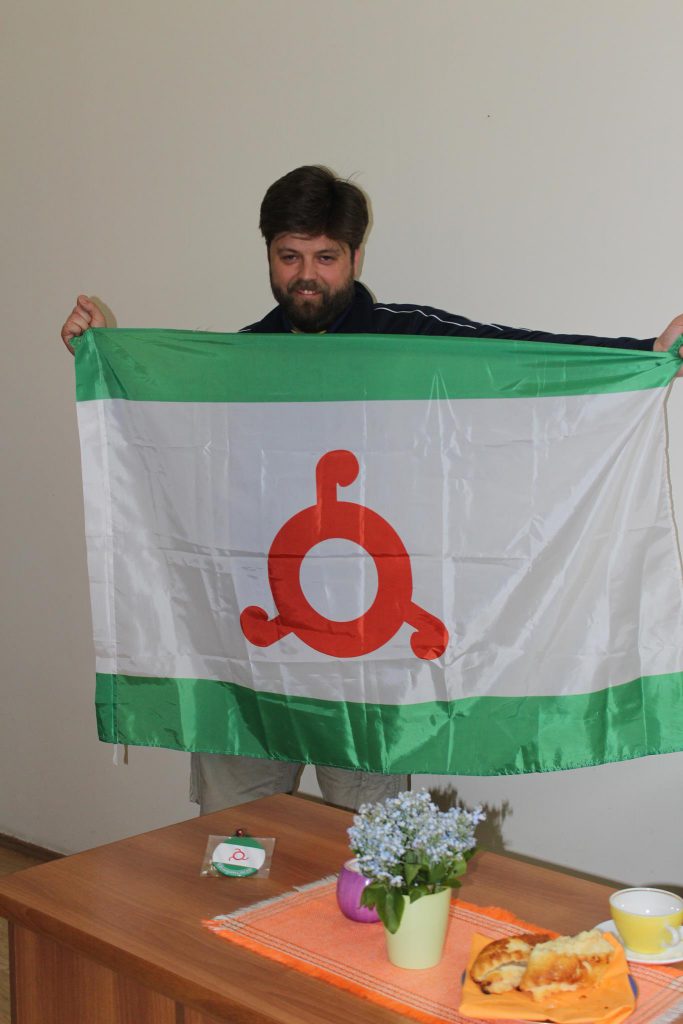 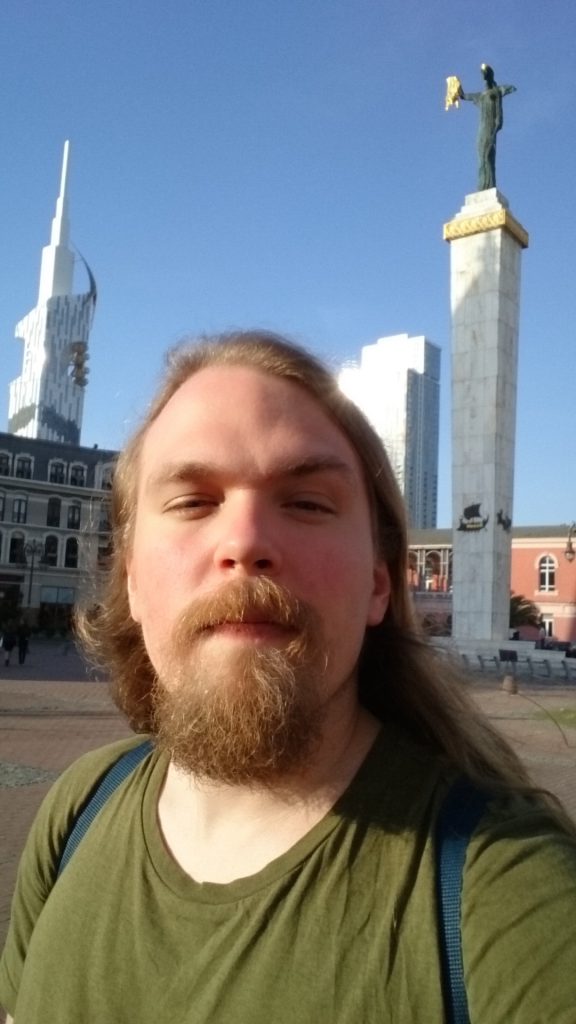 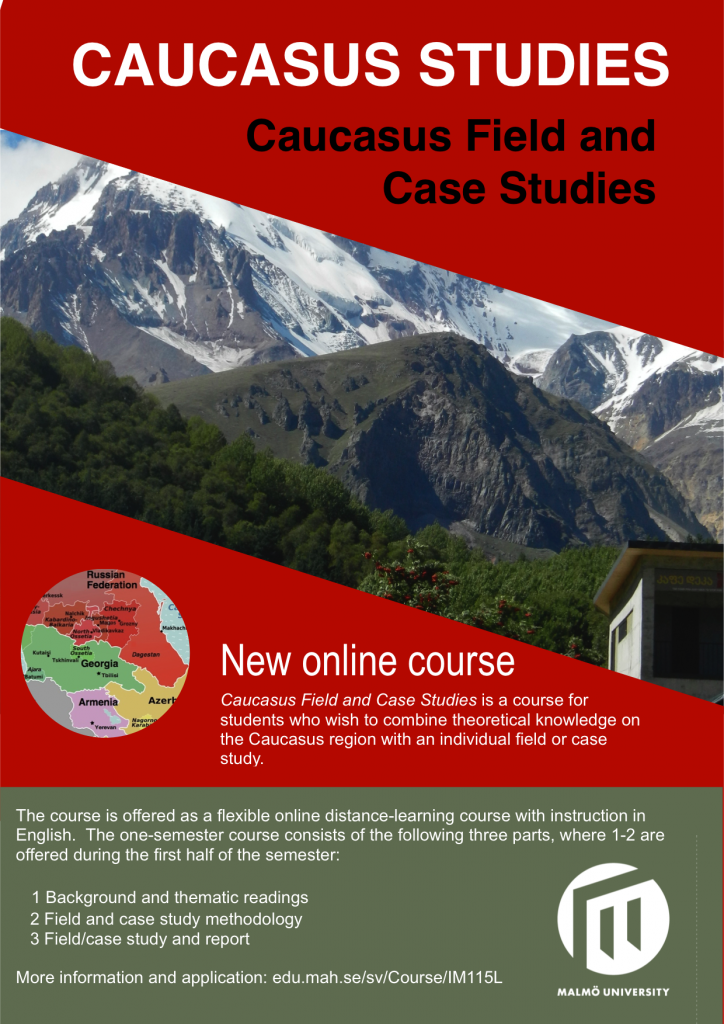 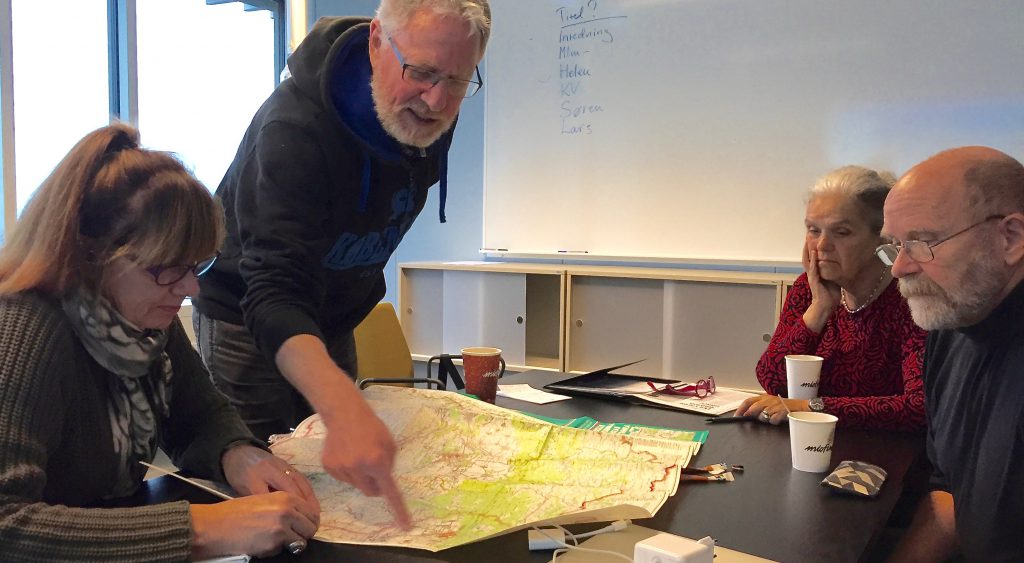 A workshop was held on November 24-25 at the Section for Caucasus Studies (Malmö University), with support from the research platform RUCARR. The focus of the workshop was to discuss perspectives on fieldwork in the Caucasus during the period shortly before and after the collapse of the Soviet Union.

Participants in the workshop were (photo, from the left) Märta-Lisa Magnusson, Søren Theisen, Lars Funch Hansen, Helen Krag and Karina Vamling, who all conducted research in different parts of the Caucasus during this period of transition (Ib Faurby and Vibeke Sperling were not present at the workshop). 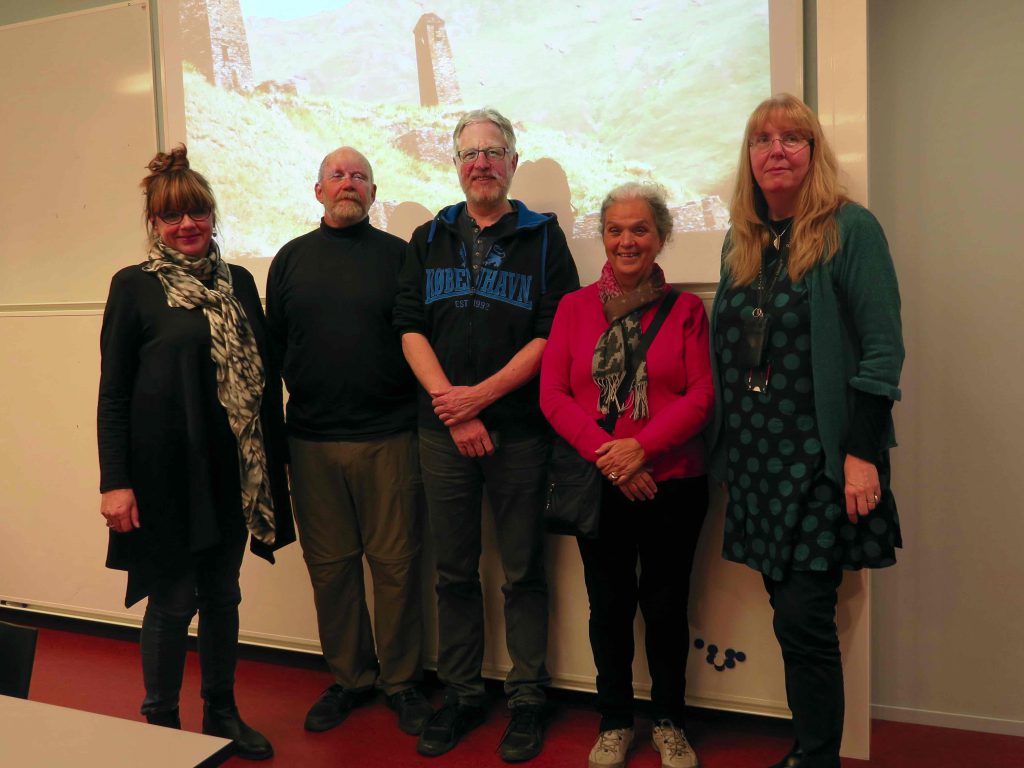 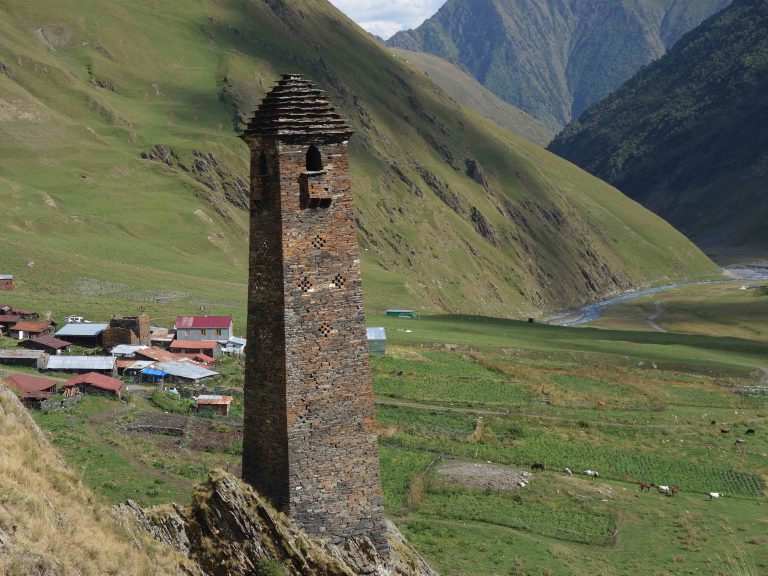 The event is organized jointly with the research platform “Russia and the Caucasus Regional Research” (RUCARR) at the Faculty of Culture and Society, Malmö University. 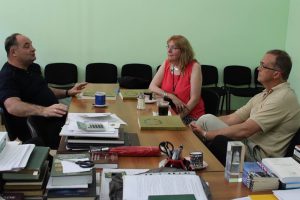 At the meeting with Director of the Circassian Center, prof Merab Chukhua they discussed recent pubications and prospects for future workshops and other activities. 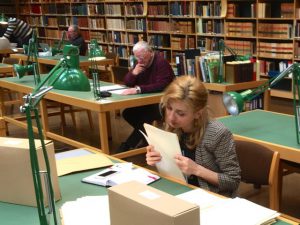 Maka Tetradze, PhD Candidate at Chikobava Institute of Linguistics and visiting researcher at Malmö University,  and Prof. Karina Vamling (Malmö University) have visited archives in Oslo, an active center for research on the languages of the Caucasus in the mid 1920s up to the beginning of the 1980s. For several decades the Institute for Comparative Research in Human Culture in Oslo hosted a programme on Caucasology. The most prominent researchers were prof. Hans Vogt (1903-1986), Alf Sommerfelt (1892-1965) and later Fridrik Thordarson (1928-2005), who were also working at Oslo University. Prof. Hans Vogt is most known as the author of “Dictionnaire de la langue oubykh” (1963) and “Grammaire de la langue géorgienne” (1971), whereas Prof. Alf Sommerfelt focused on North-East Caucasian Languages and Fridrik Thordarson devoted most of his research to Ossetic. 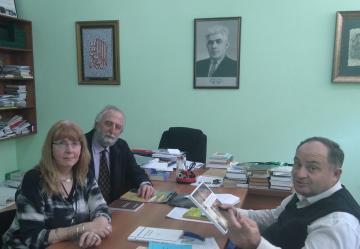 Several issues were discussed – a forthcoming joint event at the Center in June and a project application to a Swedish research foundation.

Furthermore, Karina Vamling met with two Georgian PhD candidates, who will spend the academic year 2016/2017  on Erasmus Mundus scholarships at the Section for Caucasus Studies at Malmö University. 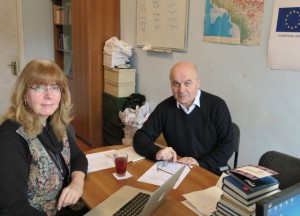 Abkhaz is one of the languages targeted in the research project LUNDIC “Lund Digital Atlas of Language and Culture” (http://project2.sol.lu.se/lundic/). Prof. Teimuraz Gvantseladze at the Institute for Abkhazology, Sokhumi State University (Georgia) http://sou.edu.ge/index.php discusses the process of data collection and the upcoming workshop with prof. Karina Vamling.