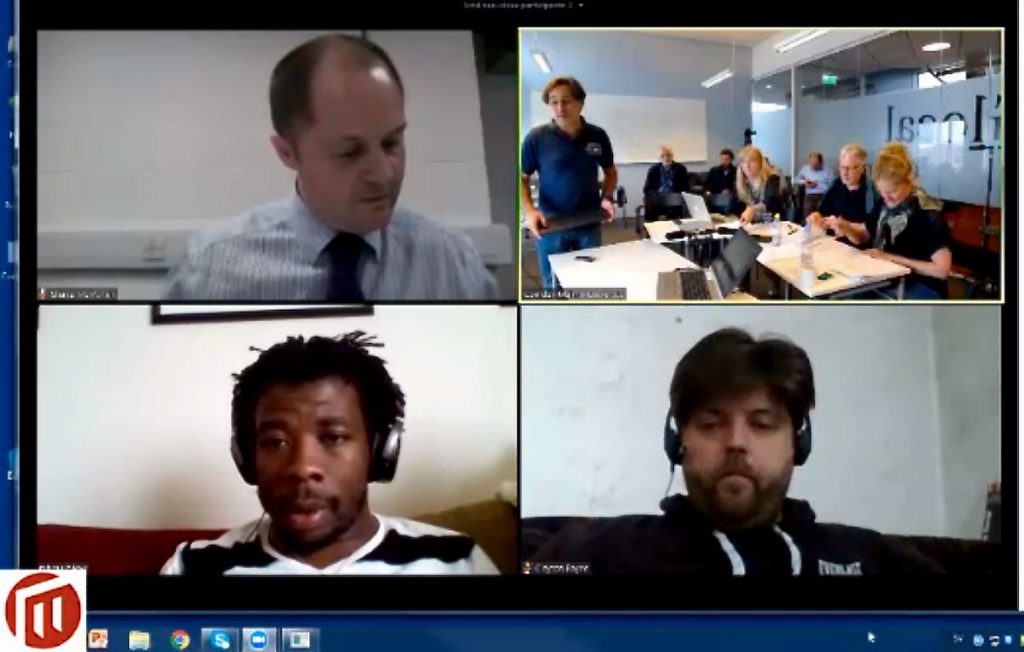 A group of students following the course “Caucasus Field and Case Studies” this spring have presented their project reports.
The title of Shane’s project was “Tbilisi Flood Disaster 2015. How social media is influencing disaster response and recovery in Georgia“, based on his field work. Jeanne was interested in the development of relations between Georgians and Abkhazians after the 2008 war. Jacques’s research project work centered around gender studies and the position of women in the South Caucasus. Björn conducted fieldwork in Batumi and presented his interview study “Muslims in Ajara. Identity, belonging and marginalization”. Clayton went to Ingushetia in North Caucasus for his field study: “Promotion of Tourism in Ingushetia Rebranding the Branded”.

Many thanks to Mikale Rundberg who helped us with the technical side of the semianr and presenations.