Creating a documentary film about the last speaker of Ubykh 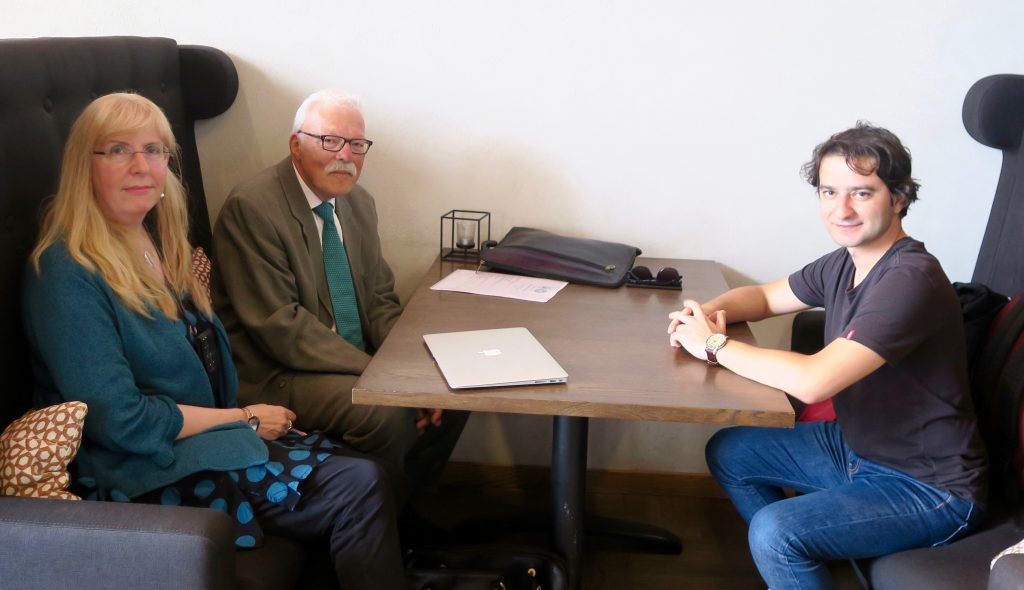 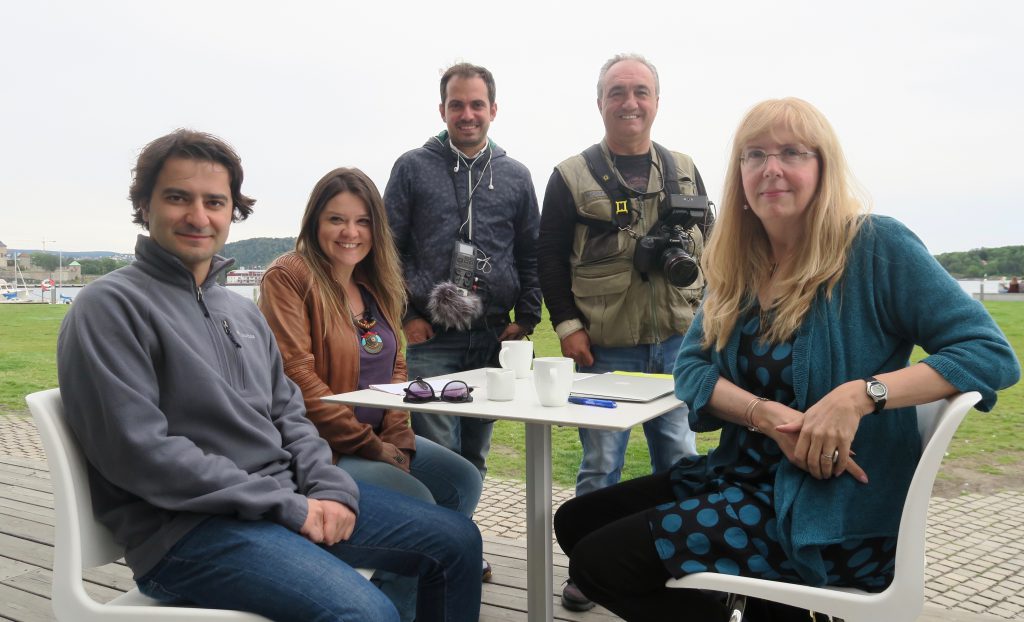 Tevfik Esenç, the last fluent speaker of Ubykh, and prof. Hans Vogt of Oslo University, could hardly have imagined during their fieldwork in Norway in 1959 that their grandson and son would meet in Oslo almost 60 years later to talk about their fieldwork on Ubykh….

Burcu and Burak Esenç, Tevfik Esenç’s granddaughter and grandson, are following in their grandfather’s footsteps, gathering materials and memories related to Ubykh and its last speaker. This is part of creating a documentary film. The Turkish film team has already visited Paris, focusing on Georges Dumezil’s work on Ubykh.

The team recently visited Oslo, which included a meeting and interview with Karina Vamling, professor of Caucasus Studies at Malmö University (photo below: Burak and Burcu to the left, Karina to the right).

The North-West Caucasian language Ubykh, well-known to linguists for its uniquely high number of consonants, became extinct in Turkey in 1992 with the death of its last speaker, Tevfik Esenç. He had learned the language from his grandparents, who were among the Ubykhs who were forced into exile in the mid 1860s when their lands on the Caucasian Black Sea coast had been conquered by the Russian Empire after fierce resistance.